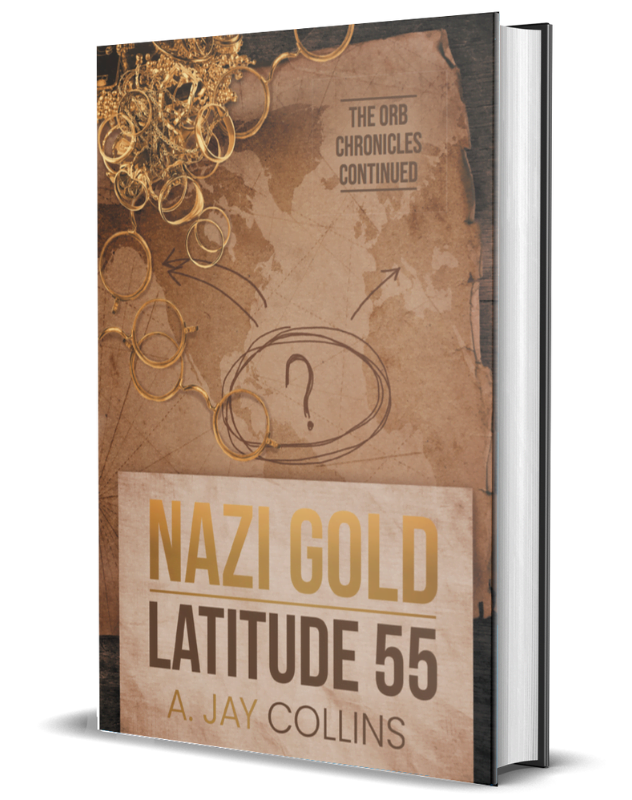 ​In the waning days of World War II, a crafty Sicilian prospector and his mafia associates concoct a scheme to hide tons of Nazi gold, pilfered from their victims, in an aspiring gold mine in the mountains of British Columbia until it is called for.

Decades later, a private organization contracted by a  group based in Turkey is determined to find the gold and return it to the countries and the descendants of the people from whom it was stolen. In order to recover it and correct this historic injustice, they’ll have to battle secretive Swiss and German banks, the mafia, and even the Vatican, all of whom are seeking to either cover up their involvement in the crime or racing to reclaim the gold.

Learn more about the music

Foreword ClarionReview
Read More
"Inspired by conspiracy theories and stories surrounding eighty-four million ounces of gold stolen from victims of the Holocaust, A. Jay Collins’s historical thriller Nazi Gold, Latitude 55 imagines a clandestine plot to stash the plunder in British Columbia’s outback, as well as a present-day mission to retrieve it. A legend about a mother lode in Toodoggone entices several prospectors, though no one has returned from hunting it the Canadian wilderness with success. Then, in the 1940s, Lucky, an emigrant from Sicily, finds a gold vein in a cavern. Turning to his mafia connections in hopes of developing a mine, he instead meets Lansky, who spies a chance to hide Nazi gold inside of the cavern for later use. From this outlandish scheme, an adventurous story about Toodoggone’s colorful opportunists and its rugged environment unfolds. In tone, there’s both appealing, tall-tale flair and a sense of determination…..the list of the people and organizations involved is intriguing: the Vatican, Cosa Nostra, and banks all play in to these ominous, high- level collusions. Their financial maneuverings hold attention. The novel is as entertaining as it is familiar: there’s a classic man of mystery whose persuasions are intimidating and whose actions are calculated and bemusing. And the duo’s adversaries panic and bumble, so that the ultimate results of their work are seldom in doubt."
Friesen PressEditorial Comment
Read More
"This is a fascinating novel packed full of unique and interesting characters that does something I love, which is provide a speculative alternate history that is so strongly rooted in facts that it sounds absolutely plausible—all that and a sense of humor too. The Nazi gold angle is a natural marketing hook. However, I think the novel will also appeal to those who enjoy historical fiction and adventure stories, particularly those with a strong sense of justice at their core."
Previous
Next 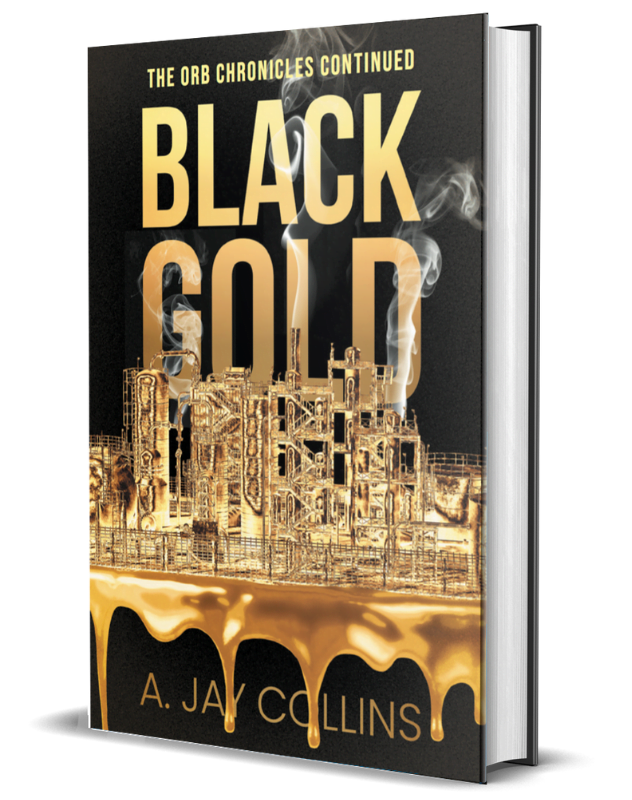 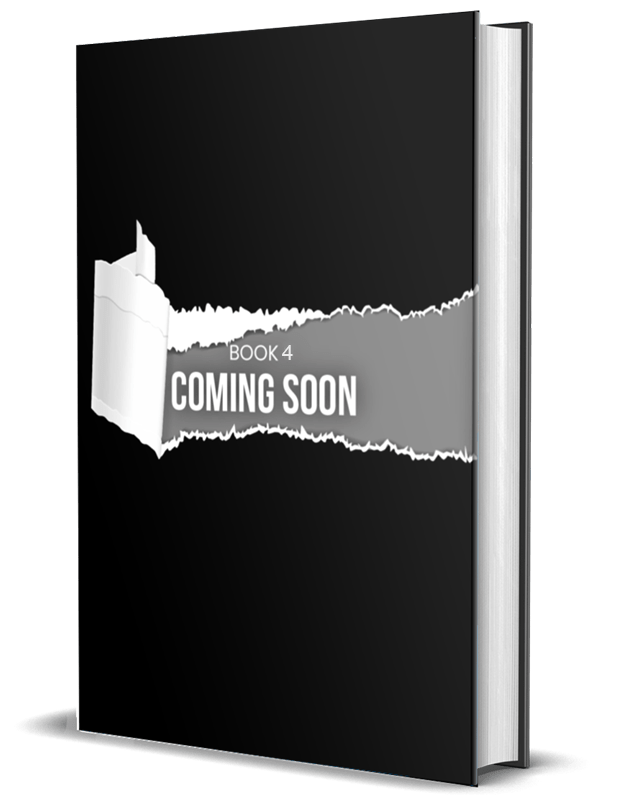 Subscribe to A. Jay Collin’s newsletter and receive the first 3 chapters of Nazi Gold – Latitude 55​ for FREE, special offers as well as updates on upcoming books.